England Travel Guide You Need At Every Step

England is full of attractions yet the one thing that sets it apart from the almost the rest of the world cannot be actually seen. It’s the aura, the million year history and the royal heritage of this nation that propels it to the top of every travellers list. For anyone who has ever been to England will always feel drawn back and anyone who has never been to England will always long to go.

One of the most discussed and revered nations in the world, England has majestic powerful cities like London, Birmingham, Leeds, Manchester with some of the best hotels, museums, restaurants and shopping hubs in the world.

Its countryside is full of pretty farms and ancient castles and quaint pubs and gorgeous wineries …you only have to visit Lancashire, Cornwall Cotswolds, Yorkshire Dales, and Lake District etc. to be enchanted forever. England is home to the most illustrious universities in the world…Oxford and Cambridge and entire towns with distinct cultures have grown up around them.

English food is a novel in itself with many enticing chapters while its 4 ‘o clock tea is amongst the most loved customs of the world. The birth nation of Shakespeare and Dickens and Louisa May Alcott has produced some of the finest written works ever.

And anyone who loves shopping risks losing all life savings here such are the treasure chests of curio shops, glistening malls and bargain markets it offers.

Before you lose your way in pleasure and intellectual pursuit here…spare a moment to read through this incredibly detailed guide that will structure and ease your journey.

Here is a good place to start your England exploration: About England Tourism.

Alternatively go through the articles below and discover various aspects of England, its attractions, great hotels & restaurants, nightlife, shopping and lot more... 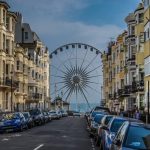 Brighton’s favourite adage must be “let’s do it”… here the unusual is the norm. Art is displayed in bars and theatre is performed in restaurants. People get along fantastically and everyone loves the hippy culture. This is the single most important talent hub of England in all domains of fine arts, music, literature, theatre and… Read the full article The city which first saw a rebel like Banksy spreading his out of the box and inspiring street art is sure to have a definite edgy appeal. Bristol is decidedly not a “mainstream city” though it’s a hub… Engineers, designers, organic food enthusiasts and science lovers have all converged to make Bristol a sort of… Read the full article The capital of England and one of the most powerful cities of the world, London is on the list of every traveller. Spread out proudly besides the historical Thames River, London was originally founded by the Romans who provided the inspiration for its present name…in those days it was called Londinium. London City still prides… Read the full article England is by far the most important country in the UK cluster…the primary distribution of power, economic wealth, cultural ancestry lies here. The population here is much more robust than in other countries of UK and the English are very conscious and respectful of their heritage. England at one point of time in history had… Read the full article

England Climate  England is mostly surrounded by seas. There are the Irish Sea and the Celtic Sea in the west of England, on the south is the English Channel and on the east is the North Sea. England also shares its shore with the Atlantic Ocean. And mainly this topography causes a temperate maritime climate… Read the full article Getting to the City Airport system in London is the busiest in the world with six international airports and several smaller airports. 396 international destinations are connected with London’s airport system. The busiest is Heathrow Airport (LHR) located 26 kilometres south west of the city centre. Gatwick Airport (LGW) is the 2nd busiest and located… Read the full article Getting to the city The Bristol airport (BRS) is located 13 kilometres southwest of Bristol city centre at Lulsgate Bottom of Northern Somerset. This airport was once an RAF airfield. Airlines like Ryanair, Easyjet, Thomas Cook and BMI regional operate here. Some airports in UK, Ireland, Austria, Spain, Germany, Bulgaria, US, Mexico etc have direct… Read the full article 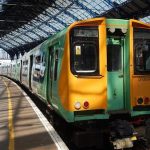 Getting to the City Brighton is served by the airports around London. London Gatwick Airport is around 30 kilometres north of the city and it takes only half an hour by train to reach Brighton from the airport. Heathrow airport to Brighton takes around 90 minutes. Stansted and Luton airports too are well connected to… Read the full article

Some of the world’s finest restaurants are now cantered around the larger cities of England and they all serve world food from across the globe. However if you wish to taste the traditional English meal then it’s important to sample a few typically British dishes. Food in England is simple, hearty and influenced by the… Read the full article