Zurich Travel Guide You Need At Every Step

Cosmopolitan fashionable Zurich is much more than a banking hub and the capital city of the swiss. It’s a gateway to the finest ski resorts of the Alps and an architectural wonderland and a Dada-ism hotspot. There is more to see in Zurich apart from the lovely Zurich Lake that flanks it and the Pavilion Le Corbusier and the Fraumunster Church and Opernhaus Zurich though these are all Instagram stars in their own right.

Watch a classic movie under the stars at Bloom Theatre or see a concert at the 1895 established Tonhalle Zurich and then take a walk down the lanes of history at the fairy tale like National Museum. Walk through the old town, the triangle shaped Platzpitz Park and the beautiful Chinese Garden and you will appreciate the loveliness of this city.

This is a city that invites you to swim, to zip around in bikes, to glide up in a cable car to Felsenegg vantage point and to scale its own mini mountain….the Uetilberg. And when you are done with all of it, zip off with abandon to Bahnofstrasse with its gilded stores and Im Viadukt with its boutique stores.

Shop for swiss chocolates, cuckoo clocks, artisanal jewellery and the famous Bircher Muesli (yes the muesli was invented in Zurich). Food walks, culture tours, photo tours, boat tours and bike tours….Zurich is super inviting when it comes to beckoning tourists to explore its wonders. Its robust public transport systems and amazing array of restaurants, bars and cafes are a delight for any traveller.

Learn all about every aspect of Zurich in this exhaustive guide. Here is a great article to make a start: Secrets of Zurich tourism.

Also go through the articles below and learn every aspect of Zurich including its greatest attractions, hotels, food & dining, shopping, nightlife, transport, weather and lot more. One of the most expensive and luxurious cities to live in, Zurich is more of a money makers paradise than a cultural hotspot. However, Zurich has cultivated itself by spinning off an amazing mix of design, architecture, gastronomy and art in a  refreshing vehicle free atmosphere….some neighbourhoods like Zurich West are deliberately kept free of… Read the full article 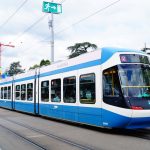