Berlin Travel Guide You Need At Every Step

One of the most influential cities in the world, Berlin is the 2nd most populated cities of Europe ….right after London. The hub of politics and culture in Germany… a large part of its surface is covered with rivers, canals, lakes and forests.

The city with the three city centres; Alexander Platz, Potsdam Square and Kab De We will have you hooked… there is simply too much to explore and see. Roam around and stare at the Brandenburg gate… one of the most Instaggramed icons of the world.

The ancient Parliament building and the Checkpoint Charlie near the border of east-west Berlin are places that will intrigue you with their history while the Museum Island on North East core of Berlin with its 5 spectacular museums will open up new vistas of knowledge.

Visit the remaining portion of Berlin wall that has been reenergised with painted imagery of hope and smiles by a global community of artists… you will find this at the East Side Gallery. The 900 sq. meter Memorial to the Murdered Jews of Europe will mist your eyes and you can escape to the Tiergarten green forest park right at Berlin’s heart to refresh your mind.

Or you can go down to Gendarmenmarkt public square that’s full of churches and towers and open air summer orchestras and winter markets. Full of lovely restaurants, vintage hotels, opera houses and halls…. the city will make you want to stay on forever.

Learn how to explore the city best and all about its local transport, best food, tourist cards and facilities here …in our detailed Berlin guide.

A good place to start is: Knowing about Berlin before you travel

Alternatively scan through the articles below that describe various aspects of tourism in Berlin including great attractions, tours, hotels & dining, shopping, nightlife, transports and lot more. The largest city and the capital of Germany, Berlin is also one of the sixteen states of the country and the second populous city of Europe after London. It’s located in the northeastern part of Germany on the banks of river Spree and Havel. An international metropolitan city, it’s a worldwide hub of politics, culture,… Read the full article Getting to the City Berlin has two international airports. Berlin Tegel Airport (TXL) also known as Otto Lilienthal Airport is located northwest of Berlin City Centre at a distance of around 9 kilometres (airport to Alexanderplatz). The other airport is Schonefeld (SFX) airport located at a distance of 23 kilometres southeast of City Centre. Note… Read the full article 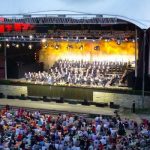 You have passion for western classical music? And you are visiting Berlin!! Then you must visit Berliner Philharmonie concert hall to watch live performance of Berlin Philharmonic. This century old ‘Orchestra’ has numerous awards and recognitions under their belt including BRIT Awards, Grammy Awards and Gramophone Awards. I took a casual stroll from Potsdamer Platz… Read the full article